WHAT: The North Coastal Prevention Coalition (NCPC), in partnership with MADD, invites the media to cover STICKER SHOCK as cooperating businesses discourage providing or purchasing alcohol for underage drinkers around the July 4th holiday weekend, and throughout the year. 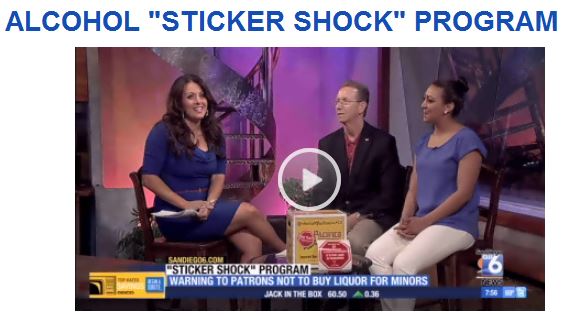 Participating businesses will allow youth prevention leaders and adult volunteers to place stickers in English and Spanish on alcohol products stating: “Hey You!! It is ILLEGAL to provide alcohol for people under 21!!” In addition, store personnel will distribute brochures with information about local ‘social host ordinances’ which hold party hosts responsible for ensuring minors do not have access to alcohol at private parties, and encourages the public to report underage drinking parties.

The North Coastal Prevention Coalition aims to reduce the harm of alcohol, tobacco, marijuana and other drugs in the cities of Carlsbad, Oceanside and Vista through community action, education, support and collaboration. Funded in part by the County of San Diego, HHSA, Behavioral Health Services through a contract with Vista Community Clinic.