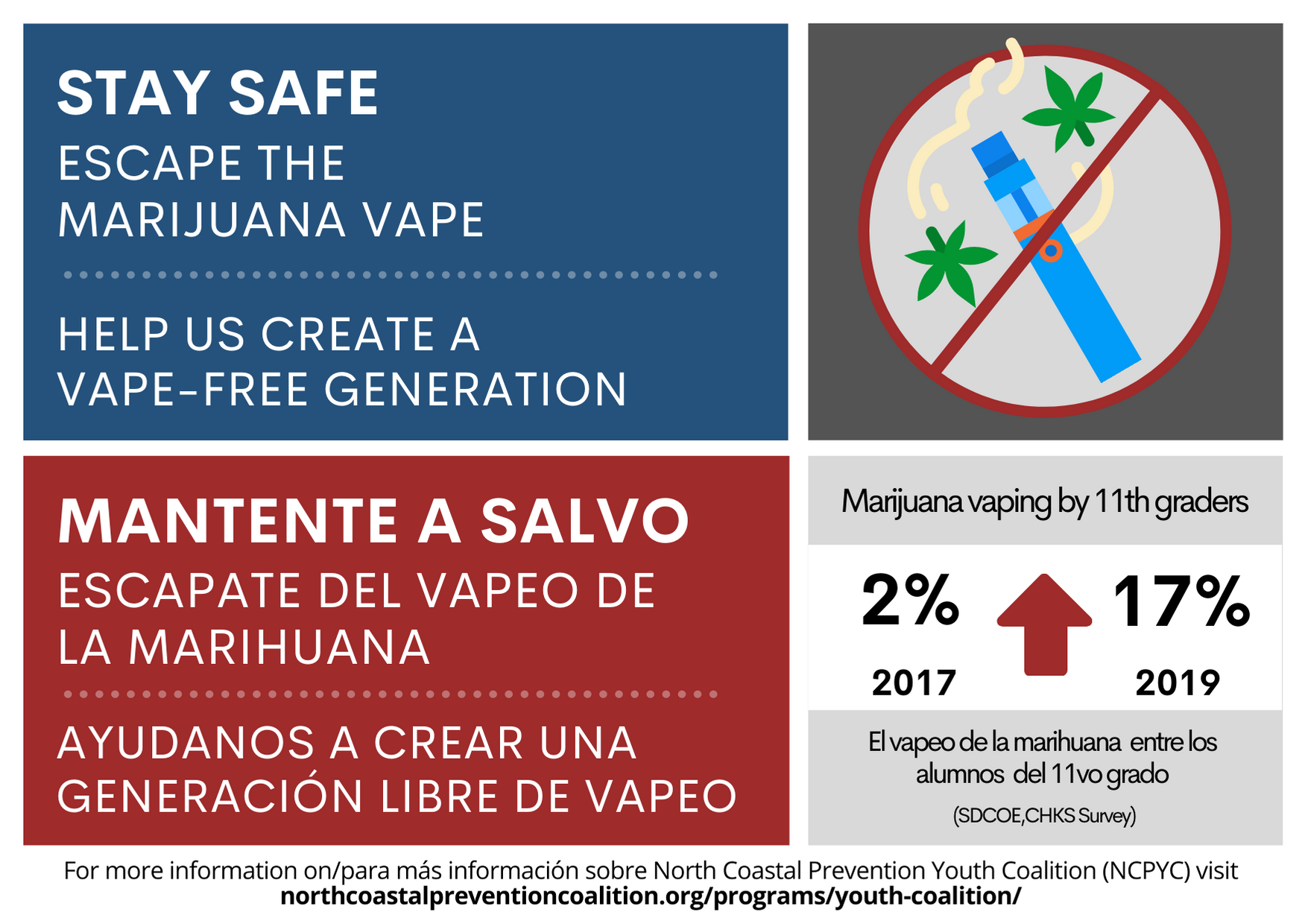 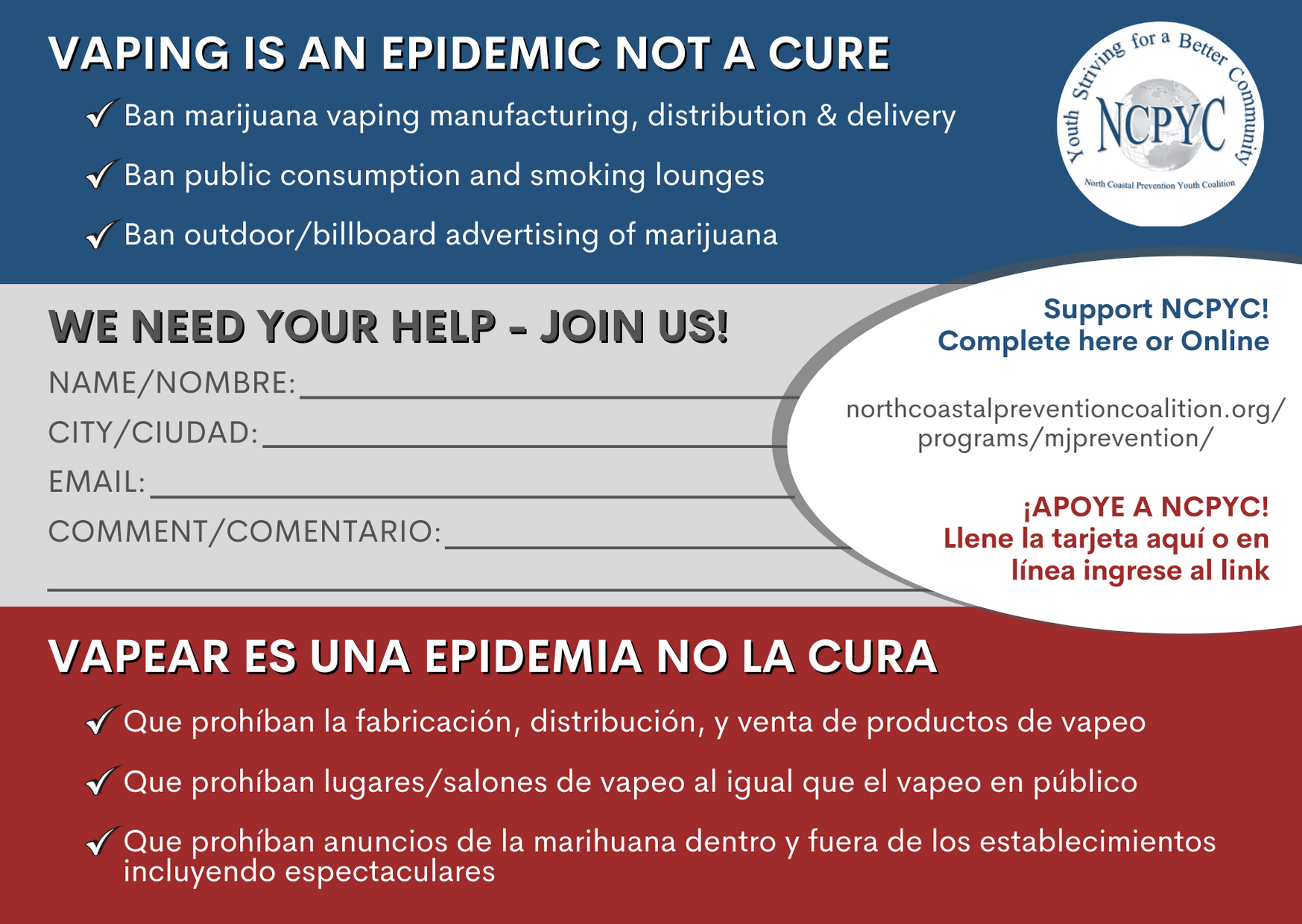 NCPC works in partnership with the San Diego County Marijuana Prevention Initiative to decrease the harm of marijuana use in our communities, especially among youth.

NCPC members felt strongly about naming marijuana specifically in their mission statement because past 30-day use of marijuana had surpassed cigarette use by young people, according to local school surveys.  This trend began in 1999 for 9th and 11th graders and in 2007 for 7th graders.

We use the California Healthy Kids Survey to track changes over time in youth substance use. Long-term data from local school surveys indicated slight but steady declines in reported past 30-day use of marijuana from 2003 to 2007.

Unfortunately, the most recent student survey data from 2009 indicate rates are going up, which mirrors trends across California and the United States.  Changes in the Perception of Harm/Risk of smoking marijuana once or twice a week have been mixed.  The 2009 CHKS data for the Tri-City region shows that perception of harm/risk has decreased among 7th and 9th graders from 87% in 2007 to 72% in 2009 and 74% in 2007 to 68% in 2009, respectively.  However, perception of harm/risk has slightly increased among 11th graders, from 67% in 2007 to 69% in 2009.

As part of our mission, NCPC works to change the norm surrounding youth marijuana use and educate youth and the community on its harmful effects on health.

The purpose of 420 Remix PSA Contest is to engage youth in developing messages for their peers to increase youth perception of harm from marijuana use, and decrease marijuana use by youth.

Advocate for the adoption of vendor policies at local street fairs to eliminate the sale of drug paraphernalia and pro-drug items.

NCPC efforts to counter pro-marijuana influences at the local level.

Click here for more info and presentations on Marijuana: