As school starts up again, the North Coastal Prevention Coalition wishes to remind parents of their responsibilities when hosting minors at parties. 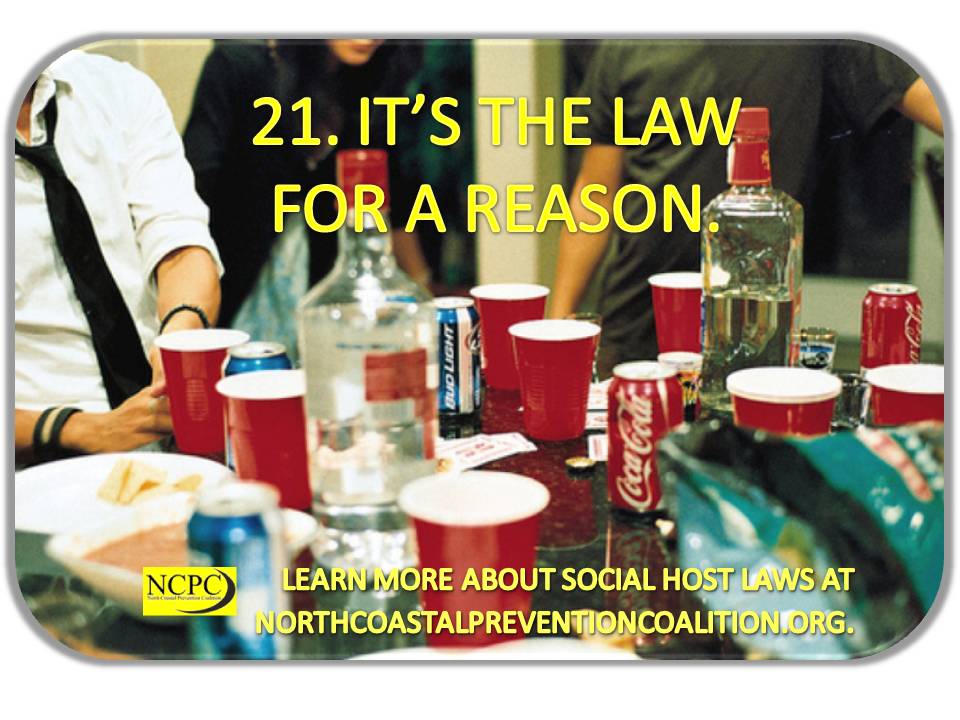 It’s common knowledge that the state law prohibits minors under age 21 from purchasing, possessing or consuming alcohol, yet a report from the American Medical Associations finds:

In San Diego County, a “social host” is anyone who knowingly hosts underage drinking parties on property they own, lease or otherwise control – even a place of business. Social Host Ordinances assign responsibility to those who knew or should have known drinking was occurring on their property.

All 18 cities and the County of San Diego enforces social host laws requiring anyone hosting a party to:

The penalties for violating these legal requirement and allowing minors to drink alcohol may include: