TAKE BACK DAYS REDUCE ABUSE, ADDICTION TO NO. 1 CAUSE OF OVERDOSE DEATHS

On October 26 from 10 a.m. to 2 p.m., the San Diego County Sheriff’s Department and the Drug Enforcement Administration (DEA) will give the public its seventh opportunity in three years to prevent pill abuse and theft by ridding their homes of potentially dangerous expired, unused, and unwanted prescription drugs.  Bring your medications for disposal.  The service is free and anonymous, no questions asked.

Last April, Americans turned in 371 tons (over 742,000 pounds) of prescription drugs at over 5,800 sites operated by the DEA and its thousands of state and local law enforcement partners.  In its six previous Take Back events, DEA and its partners took in over 2.8 million pounds—more than 1,400 tons—of pills. 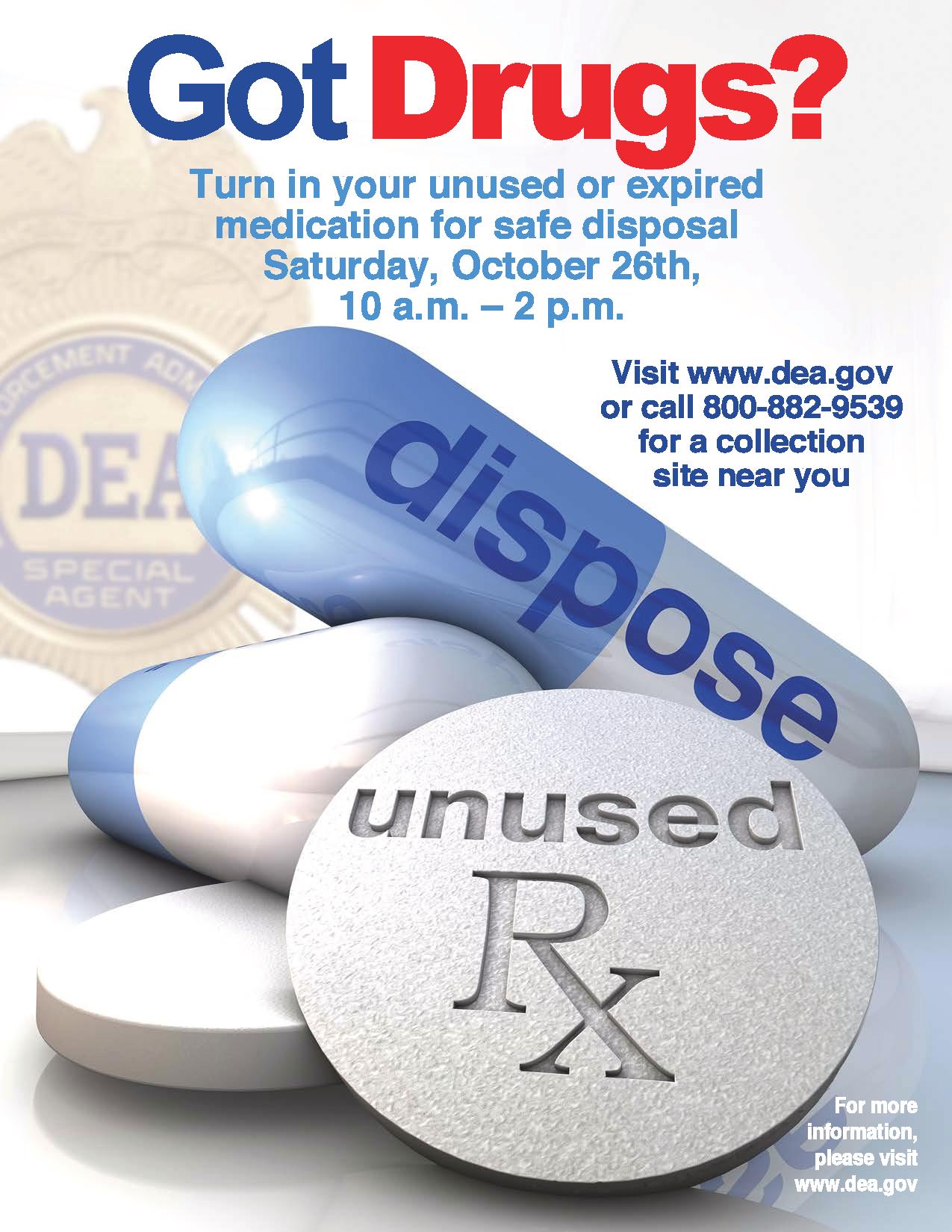 This initiative addresses a vital public safety and public health issue.  Medicines that languish in home cabinets are highly susceptible to diversion, misuse, and abuse. Rates of prescription drug abuse in the U.S. are alarmingly high, as are the number of accidental poisonings and overdoses due to these drugs.  Studies show that a majority of abused prescription drugs are obtained from family and friends, including from the home medicine cabinet. In addition, Americans are now advised that their usual methods for disposing of unused medicines—flushing them down the toilet or throwing them in the trash—both pose potential safety and health hazards.

DEA is in the process of approving new regulations that implement the Safe and Responsible Drug Disposal Act of 2010, which amends the Controlled Substances Act to allow an “ultimate user” (that is, a patient or pet or their family member or owner) of controlled substance medications to dispose of them by delivering them to entities authorized by the Attorney General to accept them.  The Act also allows the Attorney General to authorize long term care facilities to dispose of their residents’ controlled substances in certain instances.