According to the North County Times, the measures were voted down by 54 percent of voters in Del Mar and nearly 63 percent of Solana Beach voters. 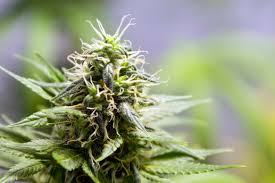 "I guess we overestimated the level of base support we had."

The ordinances proposed allowing dispensaries to operate at least 600 feet from schools, playgrounds and other areas where

Further, the ordinances proposed to limit storefront dispensaries to commercial and industrial areas and levy a 2.5 percent tax on retail transactions.

However, the issue is hardly decided.

Next year, the cities of La Mesa and Encinitas will review the findings of a study on a mirror zoning ordinance proposal set for the 2014 ballot.

Will that initiative meet the same fate? Share your thoughts.