Libby Lake Community Center's Project REACH took home the first prize of $1,000 and the Boys & Girls Club of Oceanside at MLK snagged the second prize of $500 during the film screening at Tri-City Medical Center on Saturday, April 20 before about 100 youth, family and friends. The celebration continued with hundreds later at Boomers! in Vista.

The PSA contest, hosted by the North Coastal Prevention Coalition (NCPC), kicked off the 10th Annual 420 Remix: A Celebration of Sober and Drug Free Life Choices program, on April 20 – a day considered a marijuana-smoking holiday in the drug culture. 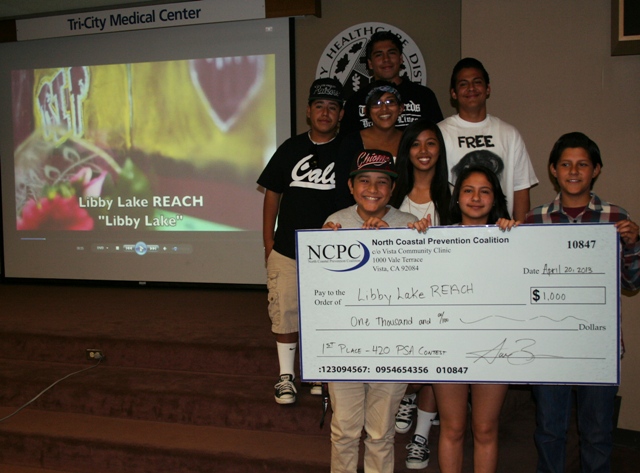 Student or youth organizations from throughout San Diego County in grades 6 through 12 were invited to enter the contest. The PSAs addressed the negative impact of youth marijuana use on physical or emotional health, or on achieving their goals. 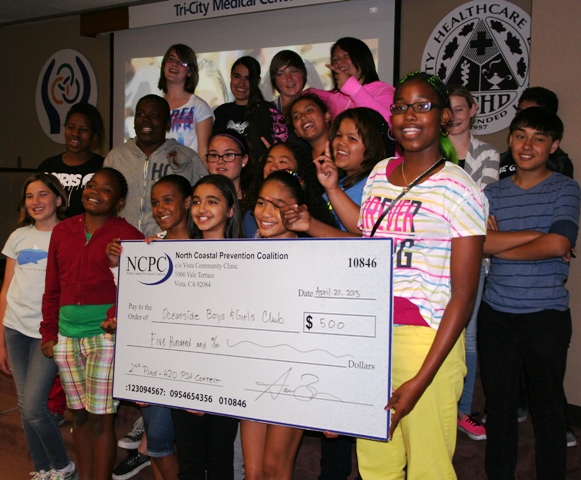 "Each of the films displayed creativity and imagination while also driving home an important message – don’t use marijuana,” said President Aaron Byzak, who won two regional Emmy Awards for anti-drug PSAs. “I was very impressed with the skill level of these kids. Judging was tough and we even had a tie. Congrats to our winners!”

Youth marijuana use has been on the rise since 2009. Fewer youth believe that frequent marijuana use is harmful as more youth report using marijuana in the past month, according to the California Healthy Kids Survey.

The contest is co-sponsored by San Diego County Department of Education Friday Night Live, Oceanside Unified School District, the Boys and Girls Club of Oceanside, and Natural High as a way to involve youth in thinking critically about what messages would influence their peers against marijuana use, and to tap into their creativity.